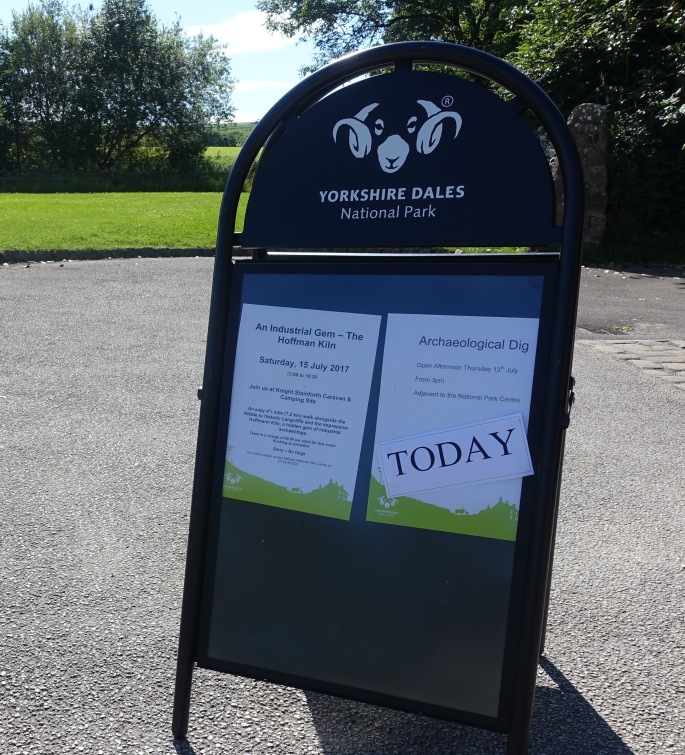 The visit by Kirkby Malhamdale Primary School and the Open Day for the public were on our minds this morning.  A warm and dry,  if cloudy,  day was promised.

The children were observed congregating outside the National Park Centre. Preparations for the activities were concluded before their arrival on site.  With the staff from the Yorkshire Dales National Park we quickly prepared the ‘dig’ trenches with finds for the Key Stage 1 children to explore. The Key Stage 2 children were given their own small trench to work on and were instructed in excavation practice.  A number of activities had been prepared for the children, including identifying finds. 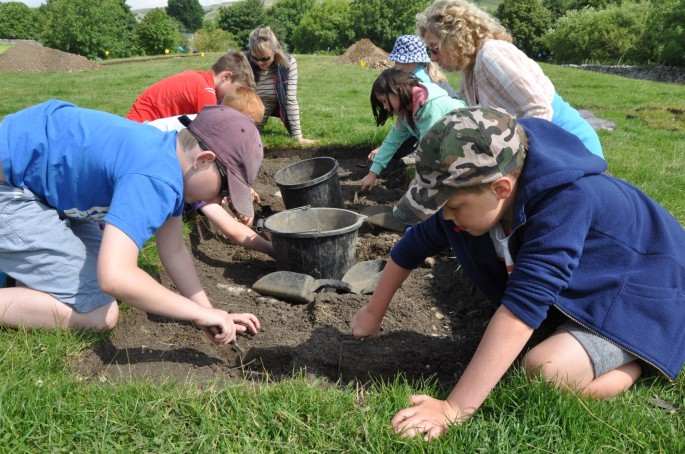 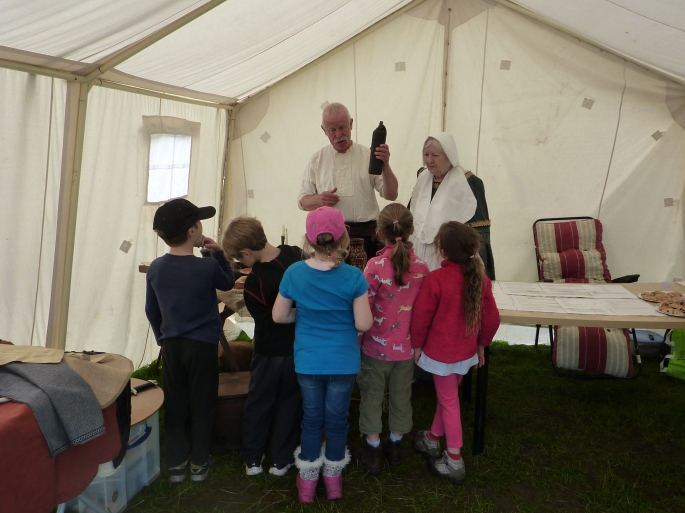 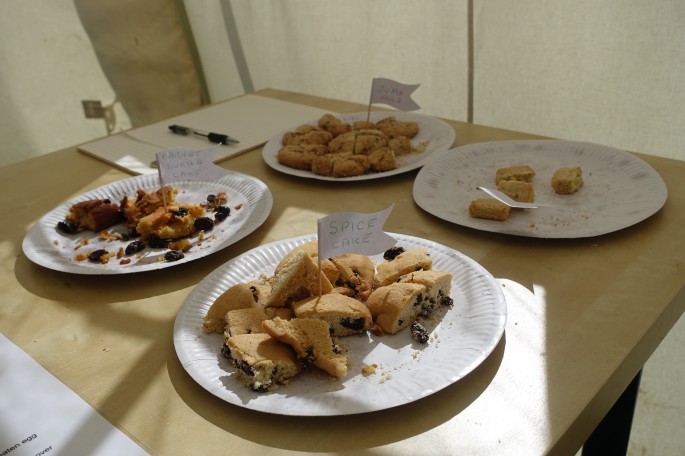 Isabella set out taster samples of biscuits baked with authentic Tudor recipes,  and Chris exhibited his pottery reproductions of seventeenth-century domestic ware and other artefacts. 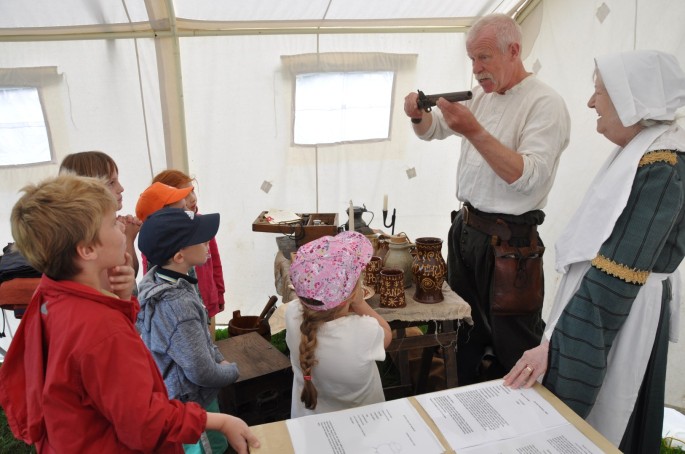 All provided much additional fun and interest for the children. And  Isabella and Chris talked to the children and answered all the questions with which  the children bombarded them.

In the afternoon, we opened up the dig to the public and small groups were given guided tours around the site by our team. 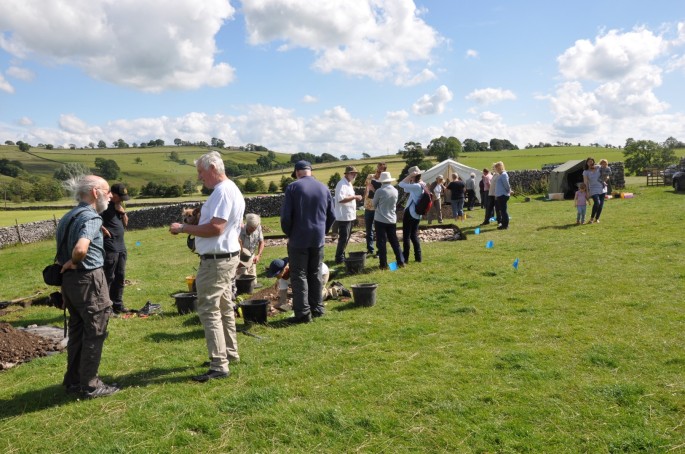 Visitors came from both the local community and further afield, including members of various archaeology groups from all over Yorkshire. A small exhibition of the finds found in 2015 and 2016 was on display in the tent. 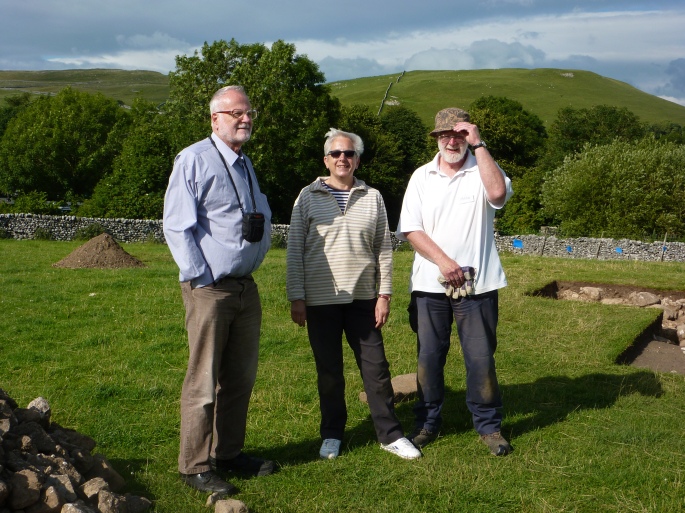 Meanwhile, the dig continued, closely observed by our visitors, who were able to observe the actual excavation in action. 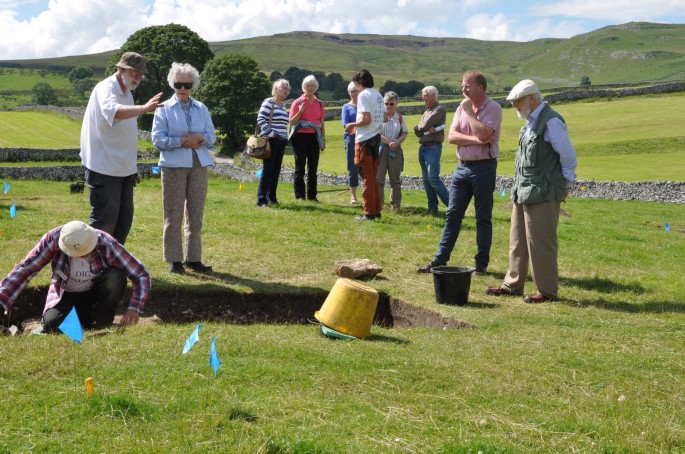 Excavation continued on the large trench and more of the boundary bank was revealed.  A number of huge boulders were excavated; whether they had been moved to form the bank is inconclusive. At present it seems more likely from their size that they are in their original positions.  There is still no sign of the two-cell structure revealed in the geophysical survey. Likewise,  the trench was closed and prepared for photography and Planning. 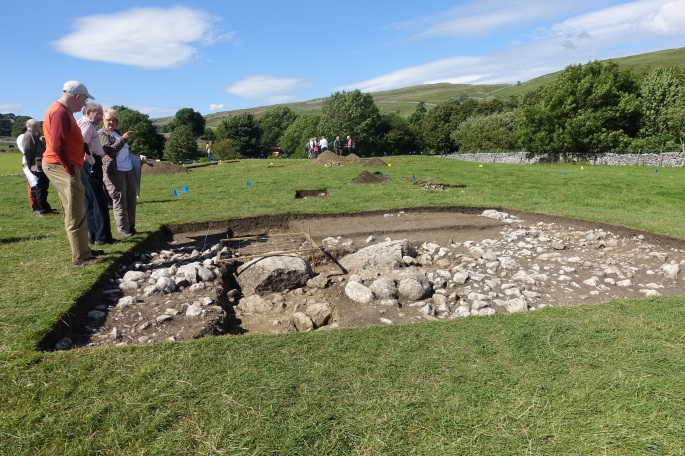 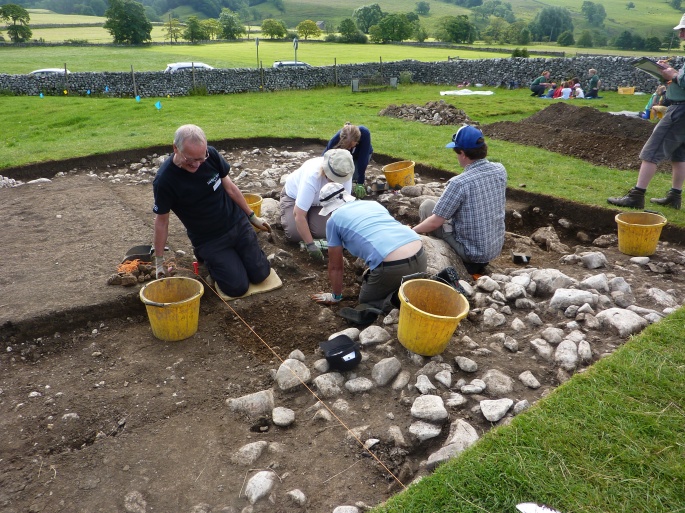 The nave pit was further excavated to see if the floor level extended  any further, but finally the natural stone level was reached.  The trench was cleared and prepared for photography and Planning.

More of the north-western buttress was exposed. It seems likely from the structure of the two buttresses that these were later additions to the chapel, dating from the 1300s.  Again, the large corner stone of the building was missing. Excavating these two trenches has enabled the internal measurements of the chapel to be precisely calculated. The chapel’s external measurements  can now be confirmed at 51 feet (15.5m) by 22 feet (6.7m). 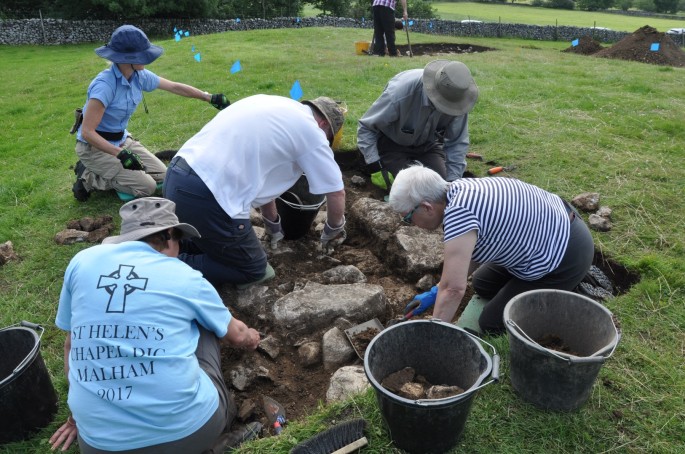 The Dig Open Day closed at 7 pm and we were all very tired.  It had been a long, but very satisfying day. Some of us retired to the local hostelry and others went to the Malhamdale Local History Group meeting to listen to Professor Richard Hoyle’s talk about an eighteenth-century estate map of Malham.  And tomorrow our final day….

Further photos of the Open Day will be posted.